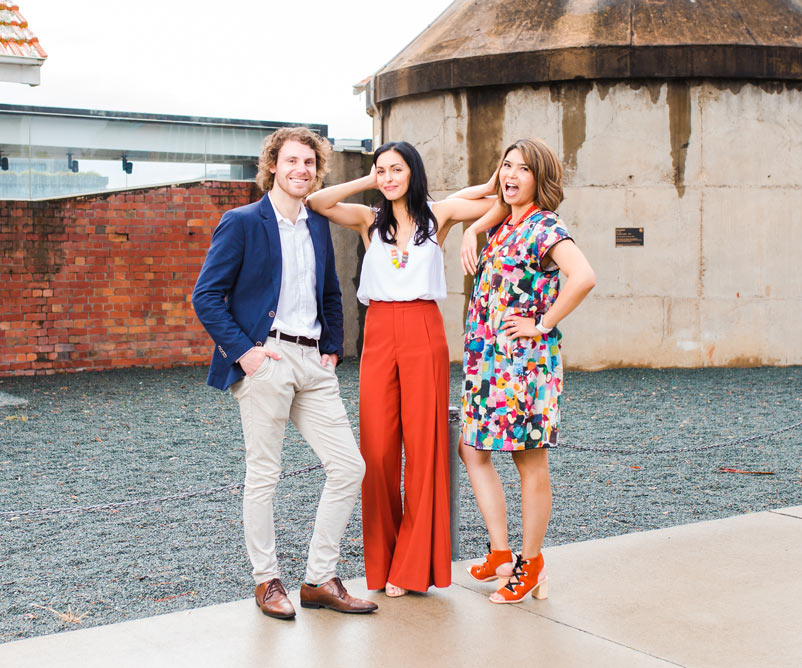 “The Australian family law system is bloody awesome”
Said no one ever.

In fact, in 2017 former Chief Justice Diana Bryant said “I feel that the (Family Courts) system is letting the people down” and former Attorney-General, George Brandis agreed noting that “broad consensus (is) that the system is now in many ways dysfunctional and a comprehensive overhaul is needed”.

So what is the system?

Our family law system is underpinned by the principles in our Family Law Act 1975.

The system is supposedly designed to encourage separating couples to negotiate their own settlement, and where they are unable to, they can refer their matter to the Courts for judicial determination.

Judges are empowered to make decisions about property and parenting matters. For property matters, they are guided by a four step process which we explain here.

For parenting matters, their scope is far reaching, and goes beyond just determining who children should live with. They can make decisions about travel, relocation and education. They can also decide whether a child should undergo a medical procedure, or have a relationship with a person who has been accused of child abuse, family violence or neglect.

What all this means is that a Judge decides what is best and applies a legal solution. And there will always be at least one party (usually both), disgruntled or even devastated by the outcome. There are no winners.

In response, we have seen the rise of family lawyers who espouse to “do things differently” by bucking tradition, advocating for alternatives and embracing a collaborative approach.

When lawyers can really profit from the dysfunctional system, especially those who bill by the hour, why are some lawyers rejecting it? While empathy and concern for the needs of separating families who get tied up in the system is one factor, another is that family lawyers at the front line have had enough. Levels of burnout, depression and anxiety are sky high and many experience disillusionment and loss of purpose.

Consequently, many committed groups of lawyers (both litigators and those that favour out of court approaches) are striving towards a better system, but my feeling is if we expect the Government/lawmakers/judiciary and the like to fix it, we shouldn’t expect very much.

I don’t know all the answers, but focussing on the problem has never really been my bag. So here are my thoughts:

In Australia, we have freedom and we have choice. We have resources to disseminate information. Almost anyone these days can get on their soap box (ie social media platform) and advocate for change, criticise, protest or call for reform without persecution.

And this is where lawyers who want to effect real change can make a difference, because most reasonable people who make choices that have consequences often do so because of information available to them. On Google, social media, news, the general public perception … or from their lawyers.

How can  lawyers inform people so they make better choices so they don’t end up in the system in the first place? If lawyers educate people that there is another way, a better way to resolve conflict – Surely therein lies the answer?

So to do things really differently, focusing on education is key. And to be clear, educating or advising on family law isn’t simply about making sure separating couples know what their rights and entitlements are or simplifying a complicated legal system, especially when that legal advice is underpinned by the very system many recognise to be problematic.

No, if lawyers truly want to effect change, they need to look at how we approach separating couples and consider their relationship with their former partner. It hasn’t really ended at all, it’s just changed. Does the lawyer’s advice foster trust or suspicion? Kindness or resentment? Co-operation or combat? Needs or wants? Focus on solutions and not problems? Remember, hate doesn’t lead to happiness. Lawyers need to empower separating couples and help them find the tools they need to make the right choices so they may find true peace, balance and harmony after divorce.

Balance Family Law is a non-adversarial, collaborative law firm that really does do things differently.

Perpetua has over a decade experience as a family lawyer, is a trained collaborative lawyer and conflict coach.

What our clients say

Pepe and Jonathon handled my case with kindness, understanding and professionalism. It’s took a lot of patience and time but they never gave up and made me feel supported the whole way through.
- R.R.
I sincerely appreciate the style you have approached my Family Law Matter and I have NO hesitation in recommending you.
- B.K.
Pepe - this is my first experience with lawyers in my young 37 years at first I was very close as I thought you would like the rest, but I was very wrong indeed.
- G.S.
Pepe, just a short note to say thank you for your assistance. For what it’s worth your professionalism is only exceeded by your sincerity and kindness.
- M.S.
Many thanks for how easy you made our property transfer. Process was so smooth and you were both fantastic to deal with.
- Z.M.
Jonathon, I must say that in 4 years you and Pepe are the most efficient and prompt team I have ever met, you both responded quickly and courteously to all my unresolved issues and question and problems with the previous team.
- F.N.
Pepe has kept me sane! At all times she’s been professional, responsive, direct and friendly.
- J.B.
I appreciate all you have done for me Pepe.I would not have got this far without your hard work.
- L.T.
Genuinely committed to positive outcomes and minimising the nastiness that can be associated with family law matters. Real technical expertise plus human sensitivity.
- M.C.
I can’t begin to thank you enough for all of your hard work on K’s behalf and we are overjoyed at the outcome.
- B.B.
Jonathon and Pepe handled my case very respectfully and efficiently.
- I.D.
I highly recommend Perpetua Kish (Pepe). She handled my case without my care, respect and dedication.
- K.W.
Words can’t describe how grateful we are. Thanks for everything - I can’t help but think if we had you from the start and this process would’ve been successful.
- M & D
Thank you so much - you and counsel were both incredible today. A great result!
- B.K.
I would like to say how happy I am with the current service. Pepe and Jono were very proactive and helpful in what became a drawn out and difficult process.
- D.P.
I can’t honestly find the words to thank you enough for all the work you have done for the kids and me. To say I am relieved is an understatement.
- K.B.
Thanks once again for your understanding and support. Pepe and Jono kick another goal!
- B.S.
Really great people to work with. They know their stuff and are also compassionate and caring as well as understanding and explaining all the legal jargon. I highly recommend.
- R.T.
I referred one of my client’s to Pepe and was very impressed with the compassion she showed and the way she was able to help my client.
- Alison, Genki Finance
I approached Pepe for some advice on behalf of a friend who is in the process of separating from her husband. Pepe was very professional throughout our dealings and extremely patient with all of my questions.
- C.C.
Genuinely committed to positive outcomes and minimising the nastiness that can be associated with family law matters. Real technical expertise plus human sensitivity.
- M.C.
Pepe and Jono are Amazing! They care.
- N.S.
Working with Balance Family Law was excellent and seamless. I feel like I had absolute certainty as to my legal fees. I would absolutely refer them to friends and family for their timely and courteous service.
- C.W.
Previous
Next

Balance Family Law is thrilled to have won both th

To all our friends, family, clients and colleague

What a night!!! One week ago today, we were excite

🏆Woohoo Jono Aka @the_numbers_lawyer who not o

Oh weekend. You went waaay too fast! 💨 We are